Continuation of our series of articles: increase you effectiveness and ambition, ensure the productivity of your company Part 3: awareness in everyday life 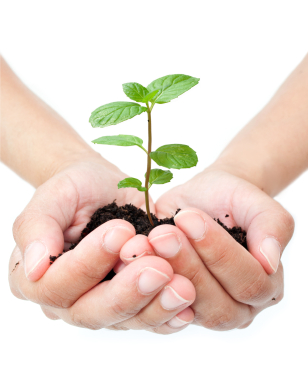 At the Congress on “Meditation & Science 2016” in November in Berlin, experts on Neuroscience, Medicine, Psychology, Philosophy and the Working World in general, flesh out their respective topics with examples from research, therapy and everyday occurrences to answer the question of how our perception of our day-to-day life and the ability to improve it by being more mindful changes. Andrea Ristl was there:

Tobias Esch, Professor for Integrated Healthcare at the University of Witten/Herdecke finds a parallel between a more mindful way of talking about mindfulness to the basics of science. Becoming more mindful means becoming conscious, gaining the ability to devote one’s entire attention to something, like a child that is immersed in its game and yet fully awake with an attitude of acceptance. William James already knew, that this state – the combination of intentionally directed attention and the active maintenance of this attentiveness – was nothing less than the manifestation of free will itself.

Mindfulness changes the Hardware (i.e. the brain) over time. Here, experiences become knowledge. Knowledge stabilizes, the working memory is cleared of “ballast” and attentiveness is regulated. This is how it can become a way to reduce stress – “Efficiency gains” included.

But do ‘I’ want that? What about the integration in ethics? What about the liberty to be stressed? The philosophic, political and the sociological ramifications of a method, that preaches to accept instead of the typical fight or flight mentality, we are typically used to were discussed here too. Is it about a retreat into the personal realm? Who profits from meditation and mindfulness, acting and not acting?

One climax of this event was the meditation and discussion with Jon Kabat-Zinn. He is a retired professor at the University of Massachusetts Medical School in Worcester and teaches Mindfulness meditation to help people in dealing with stress, fear and illnesses.

During his career, he has always been very ambitious about establishing and making the practice of mindfulness more well-known in society and medicine. Kabat-Zinn has made important contributions to modern health care and has stayed concentrated on the connections between physical processes and psychological activity throughout his teachings and research.

Prof. (apl.) Dr. Christine Kühner, for years, has been researching the darker sides of human thought – rumination (pondering): Many times, our thoughts are not just unproductive, they can sometimes even hurt our well-being and stand in our way before important challenges in day-to-day life.

Our thoughts are to us, a bit like grass is to cows. Cows need to digest it multiple times to break down the robust cellulose. They will need to regurgitate it multiple times if they want to get the full benefit of that tasty grass. Rumination is the scientifically accurate term for this process of regurgitation. Clinical psychologists the adapted the terminology to human thought about misfortune, unfortunate events and mishaps. When we ruminate, situations from our past are brought up again, one ponders things, that went wrong and cannot stop thinking about personal insecurities and weaknesses.

Rumination is known as an important cognitive risk factor for the genesis and development of depressive disorders. Experimental papers show, that ruminative self-focus prolongs negative emotions and reinforces dysfunctional cognition, while mindful self-focus has opposite effects.

So how does one act against rumination in day-to-day life? Consciously decide in favour of positive emotions, as these reduce stress and mental strain. They make us more creative and improve our ability to learn. We just perform better. It suffices to think of something positive when faced with a difficult situation or exiting an unpleasant conversation with a heartfelt positive comment.

In successful teams, there are more positive, than negative emotions. The scientists Marcial Losada and Barbara Fredrickson calculated an optimal balance between the two. Per their calculations, every co-worker needs a 3-1 ratio between positive and negative experiences, to perform optimally.

Another climax of the event was the introduction of the ReSource Project, that was initiated by Prof. Dr. Tania Singer, Director of the Section of Social Neuroscience at the Max-Planck-Institute for cognition- and Neuroscience, Leipzig.

It is an internationally unique, large scale study for mental training with western and far-eastern methods of mental training.
Over a timeframe of eleven months, participants were led towards a broad spectrum of mental exercises with which abilities like attentiveness, body- and self-awareness, a healthy regulation of emotions, self-help, empathy and compassion as well as perspective-taking.

The training’s main objective was to increase mental health and social competence to, for example, reduce stress, attain more clarity, and increase general satisfaction as well as trying to improve the understanding of others, this is a secular program, that was developed in collaboration with a team of experienced meditation teachers, scientists and Psychotherapists. The study was done in Berlin and Leipzig, and continuously accompanied by scientists of the Max-Planck Institute for Cognition and Neuroscience.

So, what does the ReSource-Project and its Insights mean for the future of Economy?
Tania Singer is convinced that people in the economy who have been trained for compassion will make different decisions, that they might have otherwise. They might change their entire companies or maybe even leave them for another one. If more managers, CEOs and chairmen are trained to be more compassionate, the economy will redirect itself towards a “Caring Economy”

Our Tip for more mindfulness in everyday life:

Try to integrate more mindful moments into your day-to-day life. Most of the time, it is enough to do an activity in a mindful way for two to three minutes – try it. Studies show, that it works and will support you.

AUTONOM TALENT® partnered with the ‘Being old and living well 2050’ action network
14. March 2017

“Every single day of our life can be a Christmas day, if we only want it. A day where we experience joy & happiness and pass it on – we personally dedicate ourselves in fulfilling your needs and wishes”
20. December 2016